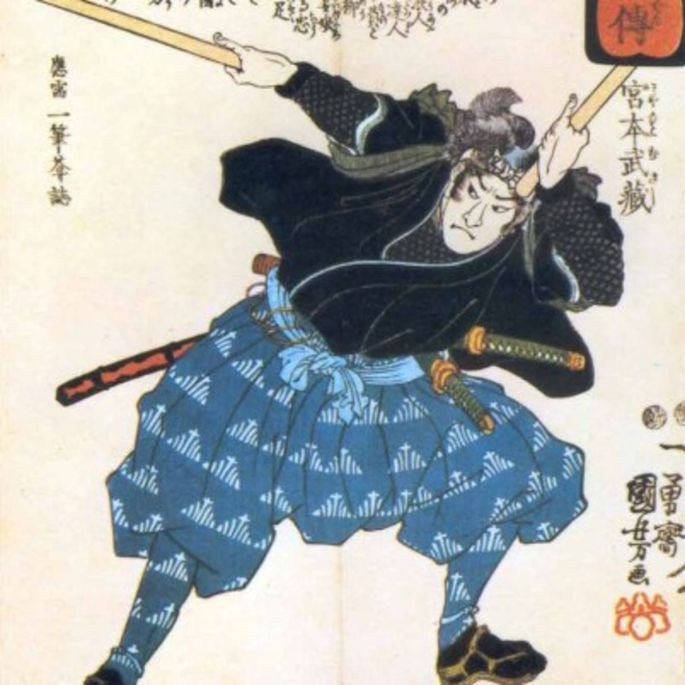 There is a story I have heard about one of the greatest swordsman of all time, Miyamoto Musashi.  It went something like this:

Once, there was a bridge too narrow for two men to cross at the same time.   As might be expected,  the lesser samuraii would defer to the greater, and allow him to pass first.  In those cases where it was not clear who was the greater swordsman, a duel would result.

There came a time when Musashi walked over the bridge.  The man approaching from the other side did not defer to him.  It seemed a duel was coming.

The two warriors stood in the middle of the bridge.  They met each other’s gaze.  Then they turned around in unison, both men going back the way they came.  The onlookers were confused.  “I thought you were supposed to fight.”  One said.  “Yet neither of you drew his sword.”

Musashi nodded and pointed to his temple.  “The battle occured here, in our minds.  We both knew we had met the other’s match.   That was enough.”

Dismissing all these things felt a bit like being a martial artist.  Saluting, or bowing to my opponents: disruptive thoughts, fears, anxieties.  Recognizing that meditation is not an act of trying to defeat these things.  The whole point is not to solve my problems but to recognize that these things will always be a challenge.

All these terrible things might in the end kill a person.  Fear or anger might drive us to self-destructive behavior.  Stress might lead to a heart attack.  The irony is this: if my fears every killed me, they would go with me…  A bit, I suppose, like a parasite that has killed it’s host.

I am equally matched to all these things I have created.  I will never truly get past them.  And yet they can never destroy me.  Meditation, is, I think, the act of meeting them in the middle of the bridge, taking each other’s measure, and turning away, to walk back the way I came.

As I wrap this observation up, a moment of disclosure and self-effacement.  When I thought up this little metaphor I was proud of myself.  I felt like a pretty deep guy, the way I could come up with a folk tale about a legendary samurai off the top of my head.

But when I researched it, I could only find one place this story ever occurred.  This is where I first heard it: A spin-off comic book in the 1980s, about a couple of the X-Men.  Musashi is a real guy.  But the story above, to the best of my knowledge, was created by the author of that comic book.  I would still like you to think I am a pretty deep guy.  But the truth is, this particular deep thought came out of a comic book I read during my mispent youth.

In Search of a New Eden

On the road to God through spiritual growth and formation

I'm good enough, I'm smart enough, and darn it, people like me.